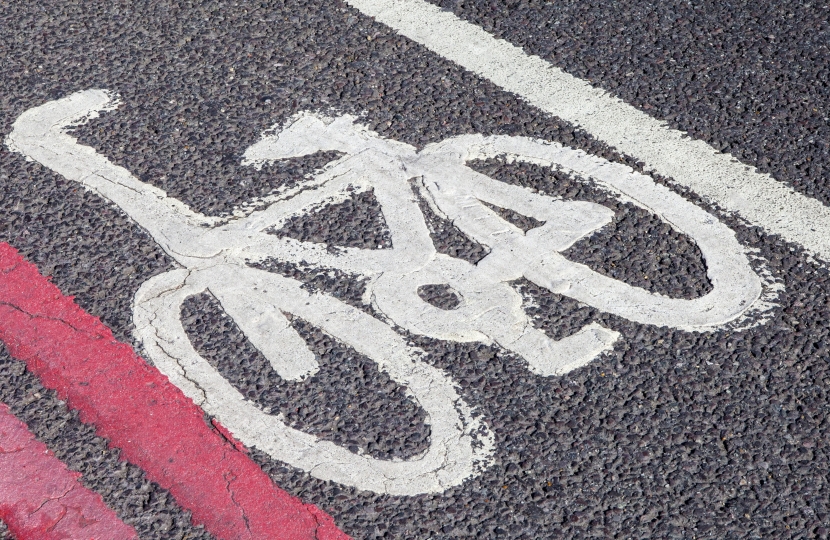 Why have we Conservatives got ourselves in such a mess over cycle lanes, both in London and right across the country?

There is near unanimity amongst the various left-wing parties and, more importantly, a unanimity of purpose across the unelected, ostensibly impartial, notionally apolitical, public sector leaders that there is a transport ‘modal’ hierarchy and motorists are last in line. They are pressing for more cycling and walking (which, we should be clear, is a good thing) but their primary objective is more sinister. It is to drive the private motor car and most road traffic – goodbye, white van man – off our roads and tax putatively what remains.

Many actively call cars “the new tobacco”. Londoners who are unfortunate enough to be living in Labour-controlled Boroughs, wonder why they are being ignored in fighting against new LTNs or Low Traffic Neighbourhoods. I’m surprised that the “Nanny in Chief”, Labour’s Sir Kier Starmer has yet to make a speech on this. Perhaps, if he hadn’t knocked a cyclist off his bicycle the other week in his gas guzzler, he would have done.

The excuse offered for these LTNs is that they will improve air quality. This is undermined when air quality fails to improve in London – even during Covid and lockdown – despite Sadiq Khan, the Mayor of London, exercising every tool at his disposal as if he were trying to hurt motorists, businesses, and tourism. When his policies fail, we are told we must be “more radical”. Why can’t they be smarter instead? I fully support, for example, freight consolidation centres, which were pioneered during the 2012 Olympics and are being trialled in the West End. Or more electric buses. But far too many of the measures being pushed are anti-choice and anti-Conservative.

While the talk is often about discouraging “unnecessary journeys”, who decides which journeys are unnecessary? I have spent plenty of time since Covid struck listening to devastated grandparents who, having been isolated from their grandchildren during Lockdown One, have been shocked to discover that they are being actively discouraged from driving their loved ones to a favourite High Street over the summer months. Most 80-year-olds and the disabled will struggle without a car. I have spent even more time reassuring businesses trying to recover from Covid as authorities actively block motorist customers from visiting struggling shops and offices.

To be clear, retrofitting cycle lanes onto existing road layouts, which in many of our towns and cities haven’t changed since the horse and cart gave way to the car a hundred years ago, is not easy. Many cycle paths have been – the vast majority agree – ill-considered and implemented at counterproductive speed. My own local road surface has had to be dug up and re-laid four or five times in the last four years in order to ensure both traffic and cyclists can coexist. Transport flow is an art not a science.

None of this is new. The final two years of Boris Johnson’s Mayoralty saw an unprecedented growth in cycling provision in London and the numbers of daily journeys by bike was 49 per cent higher when he left City Hall in 2016 than it had been when he arrived in 2008. I had hoped we would have learnt lessons such as that bedding-in cycle schemes needs to be done with great care, taking the time to take the public with us.

If there is one golden rule in politics, it is surely this: to take the public with you. This means that if radical change is necessary or desirable, it needs phasing in incredibly carefully. Many cyclists openly admit it will take 20 years to truly expand cycling demand. In the meantime, the case for building more and more Cycle Superhighways is questionable. When these double-width cycle lanes, which take so much road surface, are imposed in the wrong place (such as the Embankment) it is hard to escape the view that the primary aim under Khan has become to push motorists off the road to accelerate so called “modal shift”. Cycle Quietways are far more in keeping with cycling demand in London.

Public consultation is far too often used as a “tick box” exercise by those such as the Mayor of London, who only accepts real consultation if it delivers the answer he wants. It is shameful that, much to Khan’s gleeful delight, it was this Conservative Government that in July – as a Covid measure – suspended the need for public consultation for up to 18 months. An unprecedented and truly chilling decision. Technology like Zoom shows consultation is actually easier with the nation stuck at home. Please think again, Grant Shapps.

A lack of consultation allowed Khan to increase the Congestion Charge to £15 a day and to expand its hours of operation from 7am-6pm weekdays-only to operating seven days a week until 10pm. Another kick in the teeth for wealth creators. Khan who knows how to tell a blatant lie then blamed the Government.

It took Alexandra Shulman, the former Editor of Vogue, to ask the question “when did being a motorist make you Public Enemy Number One?” I hope we Conservatives will pause, look in the rear-view mirror at the great British public and decide the Nanny State vote is sown up by Labour and the other statist political parties. We Conservatives must U-turn and support choice. We must recognise that for some people and for some journeys it makes sense to drive a motor car – and stop penalising those who make that choice. The PM’s speech on the environment shows the future can embrace electric cars. We should, in parallel, support the sensible expansion of cycling and walking. As the PM is so fond of saying, we can have our cake and eat it.